On August 3, 2015, the EPA announced two final rules to regulate CO2 emissions from power plants and on October 23, 2015, the rules were published in the Federal Register. These two rules seek to fundamentally change the way America generates, distributes, and consumes electricity and would impose an unprecedented new regulatory structure throughout the electricity sector. Companion resolutions of disapproval are expected to be introduced in the Senate. The resolutions will protect ratepayers from higher electricity prices, and protect states and their citizens from being required to implement a highly complex, intrusive, and unworkable regulatory cap and trade scheme that would require states to meet mandatory emissions “goals” set by EPA without Congressional approval.

Chairman Whitfield commented, “There’s nothing in the Clean Air Act that authorizes EPA to implement these unprecedented rules. Just last week witnesses testified before the Subcommittee on Energy and Power regarding the regulations’ legal flaws and twenty-six states have already filed legal challenges. An EPA takeover of the electricity sector is a recipe for higher bills, reduced reliability, and job losses. These resolutions stand up for ratepayers, jobs, and affordable energy in Kentucky and throughout the country.”

To protect families and businesses from the significant electricity rate increases and reduced electrical grid reliability that may result as a consequence of EPA’s rules for existing power plants, in June, the House of Representatives passed H.R. 2042, theRatepayer Protection Act by a bipartisan vote. H.R. 2042 would allow for the completion of judicial review of any final rule before requiring states to comply and protects states from being forced into implementing a state or federal cap and trade plan if the governor finds the rules will have an adverse effect on rates or reliability.

For a fact sheet on the rules and resolutions introduced today, click here. 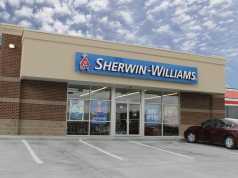 - RealEstateRama -
Milestones (milestones.ai), the all-in-one homeowner portal making it easier for consumers to buy, move, own, sell, manage and access mortgage services for their home

- RealEstateRama -
Milestones (milestones.ai), the all-in-one homeowner portal making it easier for consumers to buy, move, own, sell, manage and access mortgage services for their home