San Francisco, CA – May 2, 2011 – (RealEstateRama) — Jim Beitzel, Paul Christopher, Harry Clark, and Jan Medina are busy logging hundreds of training miles and raising thousands of dollars for the 10th Annual AIDS/LifeCycle, June 5 – 11. They and 3000 other riders will be spending seven days on their bicycles, and sleeping on the ground at night, riding from San Francisco to Los Angeles. They are all agents with Zephyr Real Estate.

AIDS/LifeCycle is co-produced by the San Francisco AIDS Foundation and the L.A. Gay & Lesbian Center. It was established in 2002 to promote awareness and raise funds for much needed services in an effort to make a difference in the lives of those with HIV/AIDS. With all the advances in the treatment of AIDS, one may think the pandemic has been contained. These statistics attest that AIDS is still a clear and present threat in our community and in the world.

This year’s ride will be Jan Medina’s third ride, and she is a Training Ride Leader as well. “I want to help support and inspire older riders who are afraid they might not be able to ride the 565 miles to LA,” she commented. “I’ll be 65 on May 22, and eligible for Medicare a couple of weeks before the ride,” she added. Jan is a top producer for Zephyr and supports other worthwhile causes such as Habitat for Humanity and GirlSource.

Jim Beitzel was the first at Zephyr to make this 545 mile ride to LA to benefit the San Francisco AIDS Foundation 16 years ago, then called California Aids Ride 2. “I have been inspired by so many that have taken on the life changing challenge of this ride including Bill Drypolcher, owner of Zephyr,” Jim noted. “It is this generous spirit that inspires me to step up, because we can, because we must and because some can’t. The loss of two people in my family to AIDS has touched me deeply.” Jim is an award winning agent and top producer and will celebrate his 20th anniversary as a Realtor just after the ride.

Paul Christopher, an endurance athlete, has competed in marathons, double century rides and one triathlon so far, and qualified for the Boston Marathon in 2008. He is a Bay Area native and thoroughly enjoys his current career in real estate. He is also a cancer survivor, having undergone chemotherapy, radiation and several surgeries. “I’m riding because I can, to remind myself I’m not dead, and that life still is full of possibilities,” he commented. “It’s so important for support organizations to be there when people need them.”

Harry Clark is making his fourth ride this year and has raised more than $30,000 over the past three years. “This event has been promoted in the past as the world’s largest fundraising event for HIV/Aids,” he stated recently. “It began in the early 90s as the California Aids Ride and has grown to this amazing event.” Clark, a Harvard graduate, is a Zephyr top producer and is involved as an advocate for several of the City’s neighborhoods and parks.

For the second time in LifeCycle’s history, rider registration has been closed at 3,000 riders. It is anticipated that participants will break the event’s fund-raising record of $12.3 million set in 2008. Volunteers may still register to help serve food, transport gear, staff rest stops, offer directions and other critical jobs. Those wishing to volunteer can find more information at http://www.aidslifecycle.org/roadies-volunteers/roadies-rock.html.

In this economy when fund raising is a struggle, it is gratifying to see volunteers committed to their community and to their world. Pledges of any size make a difference. Visit www.aidslifecycle.org, search for Jim, Jan, Harry and Paul by name to post a pledge.

Founded in 1978, Zephyr Real Estate is San Francisco’s largest independent real estate firm with $1 billion in annual gross sales in 2010 and a current roster of more than 200 full-time agents. In 2010, Zephyr launched its new website, which has earned two web design awards, including the prestigious Interactive Media Award. Zephyr Real Estate is a member of the international relocation network, Leading Real Estate Companies of the World; the luxury real estate network, Who’s Who in Luxury Real Estate; and the local luxury marketing association, the Luxury Marketing Council of San Francisco. Zephyr has six strategically located offices in San Francisco, a business center in Marin County, and serves a large customer base throughout the San Francisco Bay Area. For more information, visit www.zephyrsf.com. 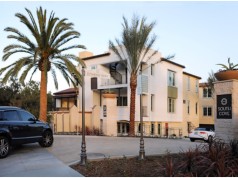