Washington, D.C. – (RealEstateRama) — The Trump administration is currently deciding whether the United States will remain in the Paris Agreement and stand by its climate commitments. The upcoming meetings of international forums—including the G-7 and G-20—will provide some clarity on the new U.S. role in the global climate effort and the international response. In the meantime, there are indications that other major economies are steadfast in supporting the climate movement.

The Center for American Progress has released an issue brief examining the inevitability of the shift toward clean energy and the risks inherent in the transition. It also poses an alternative view—one of transition opportunity—in which the values of clean energy assets increase as the values of carbon-intensive assets decline.

“Although the United States’ role in the international climate effort is currently unsettled, the global political resolve to address climate change is likely to survive,” said Gwynne Taraska, CAP’s Associate Director of Energy and Environment Policy. “Major economies—including emerging economies, such as China, India, and Brazil—are positioning themselves to capture a market share of the expanding clean energy economy. These countries are likely not motivated primarily by altruism or environmentalism. Rather, it is a matter of global economic stability and national competitiveness.”

Given that the G-7 and G-20 aim to promote economic stability and prosperity, failure to integrate climate change would be economically perverse. It is increasingly understood that climate change poses a range of risks that could disrupt the global economy. This risk, coupled with the desire to compete in potentially lucrative markets, has kept many nations and international forums involved in the climate effort. The nations that disengage from the clean energy movement risk holding carbon-intensive assets that lose value to cleaner, low-carbon alternatives.

For more information on this topic or to speak with an expert, contact Tom Caiazza at "> 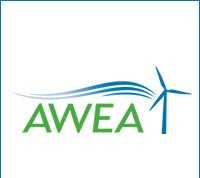 - RealEstateRama -
Old houses often suffer from some form of structural damage, whether it is a sagging porch, a leaky roof, or some other problem. In many cases, the damage results from shifting the structure itself.