The unfortunate reality is that these numbers translate to real people who have been discriminated against at their workplace, becoming a cause for legal dispute between them and their employers, say experts of the Law Office of Texas Discrimination Attorney, a leading employment law attorney in Austin.

According to a study conducted by the National Institute for Health (NIH), discrimination at the workplace has a negative effect on both physical and mental health of the employee. In comparison with employees who are not discriminated against, those who have experienced discrimination work with higher levels of psychological distress and face many health-related problems.

But before you think of contacting a labor lawyer, let us try to break down the effects of workplace discrimination on employees.

Before filing a complaint or a legal charge, what do you think an employee would have done to escape discrimination? Well, most prefer not to attend or come late to office. This seriously racks up their sick leaves and encourages absenteeism. As a result, the workload on the employee drastically increases, which builds mental pressure and leads to stress. Workplace discrimination takes a toll on the employee’s self-esteem, which is not good for either their own performance or that of the company.

A major consequence of workplace discrimination is that employee morale takes a hit. People lose interest in the job, which they earned with so much effort. They start to feel undervalued, as if they do not hold any importance for their organization. The lack of appreciation affects their productivity. They stop putting in effort to do the tasks assigned to them well, while completely lacking the motivation to finish them on time.

In extreme cases of discrimination, the employee might be unfairly punished. They are forced to work on more difficult tasks and working conditions in comparison with their co-workers. This restricts the employee’s communication with colleagues and management, creating confusion and feelings of inferiority. Such discrimination can also fuel jealousy and pit employees against each other, since they aren’t being judged on their accomplishments and merits.

According to labor lawyers in Austin say that many employees who have experienced racial discrimination at their workplace, started smoking, while many victims of workplace bullying and sexual harassment took to alcohol to get relief from their pain and anger. It is commonly seen that victims of workplace discrimination experience physical symptoms like pain in various body parts, and develop a high risk of cardiovascular disease, obesity, high blood pressure and cancer, while mental issues, such as anxiety disorders, depression and loss of self-control, are also common. What’s worse is that many have considered suicide as their ultimate option to get rid of the mental torture at the workplace.

If you or someone you know is experiencing any such discrimination, the best course of action is to seek out a skilled discrimination attorney, such as those in Austin and Houston, Texas (TX) as soon as possible. 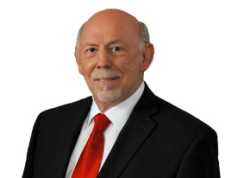 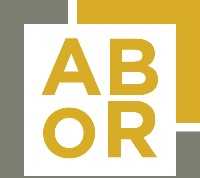 Austin Board of REALTORS® Promotes Stan Martin to MLS Director