Class A buildings increase rents as Class B struggle

CHICAGO, IL – July 7, 2011 – (RealEstateRama) — The U.S. office market absorbed more space in the second quarter of 2011 than it had in the previous four quarters, which illustrates a clear sign that the U.S. office market is in a full recovery. In the second quarter of 2011, the U.S. office market achieved the greatest amount of quarterly absorption since the fourth quarter of 2007 with nearly 11 million square feet absorbed during the three months and nearly 14 million square feet absorbed in the first half of 2011, according to Jones Lang LaSalle’s Second Quarter 2011 United States Office Outlook. Jones Lang LaSalle’s quarterly outlook tracks 43 U.S. markets and provides an overview of supply and demand, pricing conditions, a statistical analysis and an outlook on future performance.

“While employment fundamentals overall continue to waver, the chief office-using employment industry – professional and business services – is experiencing annualized growth of 3.1 percent, nearly triple the rate of the overall economy,” said John Sikaitis, Director of Office Research, Jones Lang LaSalle. “These positive fundamentals are driving tenant expansion especially among small and mid-sized users. While the momentum was less than anticipated in the first half of the year, we still expect a continued recovery across the nation through the second half and into 2012 despite recent global shocks to the system.”

Small to Mid-Size Tenants Drive Recovery
The U.S. office market experienced its fifth consecutive quarter of positive net absorption driven mostly by small to mid-sized companies expanding in the technology and energy sector. Because of this continued absorption, U.S. vacancy levels are approaching the 18.0 percent barrier, a fete not achieved since the third quarter of 2009. Vacancy dropped during the quarter from 18.4 percent to 18.1 percent nationwide.

The markets that experienced the most gains were Dallas, Houston, New York City, Seattle and Silicon Valley. These five markets accounted for more than 35 percent of occupancy gains seen throughout the country, with the Texas markets accounting for 20 percent of the gains despite accounting for only 10 percent of the total U.S. inventory. Interestingly, some of the hardest hit markets over the past few years saw the largest positive percentage change in 2011: Jacksonville, Orange County, Orlando, Fairfield County, West Palm Beach and Philadelphia, some of those housing market busts that have finally begun to experience positive demand and migration fundamentals.

Rents holding steady
Office market rents held steady, inching up 0.1 percent in the quarter, marking the fifth consecutive quarter of either stable or slightly declining / inclining rents, meaning the overall U.S. office sector has bottomed from a pricing standpoint. On Jones Lang LaSalle’s proprietary Office Clock, the U.S. moved to the six o’clock position at mid-year, illustrating that the national office market has bottomed from a pricing standpoint. Approximately one quarter of the markets Jones Lang LaSalle tracks have migrated to the tenant-favorable side of the Office Clock. Because of this movement, the average Class A rental rate reached $31.25 per square foot (psf), while the average Class B rate is a $22.87 psf, nationwide.

Regions and submarkets across the country remain segmented from a pricing and demand perspective; however, continued strong rent growth was seen over the past several quarters led by the coastal markets of the Bay Area, NYC, DC and Boston and more recently, the ever-growing demand drivers throughout the Texas markets. Wide scale rent growth can be seen in most Class A and trophy segments nationwide. On the flip side, second generational space continues to see rents waver, but has stabilized in recent months. Rents in central business districts (CBDs) nationwide are up 1.6 percent since the end of 2010 while suburban rents were down more than one percent over the same timeframe.

“Tenants will continue to have enhanced leverage in second and third generational product over the next 12 to 18 months with the gap widening between trophy and Class A rents and Class B rents, most notably in suburban non-core product,” said Sikaitis.

Dallas: The overall market continues to show signs of improvement with healthy net absorption and falling vacancy. Overall asking rates were flat for the quarter, but this is deceptive as seven of nine submarkets showed rates increase, while two had decreases that were significant and kept the overall rate virtually unchanged (Richardson/Plano and Stemmons had falling rates, LBJ was flat, the rest showed improvement). As expected in a recovering market, Class A is generally far outperforming Class B product. Overall Class A rates were up $0.5 cents for the quarter. Dallas Class A properties account for 84 percent of the positive net absorption year to date. Leading the recovery is Far North Dallas, followed by some of the smaller submarkets like Preston Center and Uptown. Las Colinas has had several large leases signed that should be reflected in the statistics later in the year once the tenants take occupancy.

Houston: Houston experienced more than 430,000 square feet of net absorption during Q2. The market is shifting towards a landlord favorable setting as rental rates are increasing, vacancies are tightening, and tenants continue to occupy space in the strongest submarkets. Houston is expected to remain resilient as commodity prices stabilize or strengthen, and should continue to fare better than most cities in terms of job recoveries due to its high concentration of energy related jobs.

New York: Recovery in the Manhattan office market remained uneven through the second quarter. Tower floors in trophy buildings have commanded a substantial premium over the broader market with no shortage of demand. Average asking rents for trophy-quality space in Midtown finished at $83.17 per square foot, up by more than 16 percent from the market bottom. Meanwhile, larger blocks in base floors have remained on the market for longer periods. In a headline transaction, the publishing giant Conde Nast signed a one-million-square-foot deal to move to One World Trade Center upon completion in 2013. Investment activity in the first half of 2011 already exceeds the annual sales volume achieved in all of 2010.

San Francisco: Strong technology industry demand growth is broadening to other industries and quickly lifting market fundamentals. Average rents jumped a sharp 11.3 percent since the start of 2011 and 18.9 percent compared to a year ago. With 1.3 million square feet of net absorption over the past four quarters and a comparable amount expected over the next four quarters, tightening supply conditions should produce more rent increases ahead and diminished choices for tenants.
Silicon Valley: Market activity has continued on an upward trend, driven by the aggressive growth of the technology industry. In the first quarter of 2011, approximately 3.5 million square feet was leased in Silicon Valley. This has caused a “race to quality” phenomenon. Tenants with large, high image requirements are experiencing heated competition and aggressive rental increases for prime real estate. With Sunnyvale as the epicenter of activity, it is expected that leasing velocity will continue on this current trend and filter south towards San Jose.

Washington, D.C.: After a stretch of unprecedented growth of the federal government, leasing activity in the Washington, DC office market cooled as the mid-term elections and heightened calls for austerity pushed the DC market’s largest tenant to the sidelines. The slowdown in federal demand produced another quarter of modest leasing velocity, as concerns over the federal budget spread to government contractors and other private sector users closely tied to federal funding. Reluctance among private sector tenants to move or expand mirrored a trend witnessed during the early stages of the recession, when renewal activity increased as tenants adopted a “wait-and-see approach” to their leasing strategies. Undeterred by these leasing fundamentals, investment sales activity in DC remained brisk, with asset sales commanding near-record prices and rock-bottom cap rates.

“The fundamentals remain in place for the United States to climb out of the Great Recession,” said Sikaitis. “We expect the second half of ’11 to continue its steady, albeit slow, climb to recovery.”
Jones Lang LaSalle’s statistics sourcebook
To review more detailed overview of Jones Lang LaSalle’s second quarter research analysis, please link to the following statistics and charts:

Jones Lang LaSalle (NYSE:JLL) is a financial and professional services firm specializing in real estate. The firm offers integrated services delivered by expert teams worldwide to clients seeking increased value by owning, occupying or investing in real estate. With 2010 global revenue of more than $2.9 billion, Jones Lang LaSalle serves clients in 60 countries from more than 1,000 locations worldwide, including 185 corporate offices. The firm is an industry leader in property and corporate facility management services, with a portfolio of approximately 1.8 billion square feet worldwide. LaSalle Investment Management, the company’s investment management business, is one of the world’s largest and most diverse in real estate with more than $43 billion of assets under management. For further information, please visit our website, www.joneslanglasalle.com.

Atlanta is one of the healthiest office markets in the world, based on the rate of rental growth in the past year, according to... 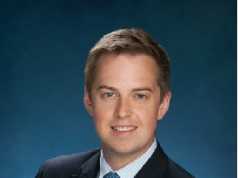 Central Valley Builders Supply Named One of the Best Workplaces

IS IT THE RIGHT TIME TO INVEST IN REAL ESTATE?

- RealEstateRama -
A chicken coop plan is essential for chicks to be happy, fruitful, and active. A chicken coop ensures that they are being raised in the appropriate environment that provides them all of the things mentioned above. Chickens require a secure, spacious area in which they can safely sleep, graze, and deposit their eggs. At first glance, constructing a chicken coop could appear to be a difficult endeavor.