WASHINGTON, D.C. – October 14, 2015 – (RealEstateRama) — The U.S. Department of Housing and Urban Development announced today that it is charging the owner and managers of an apartment complex in Cross Plains, Wisconsin with violating the Fair Housing Act for failing to take action to stop several tenants from harassing a neighbor, who has cerebral palsy, and her daughter with Down’s syndrome. Read HUD’s charge.

The Fair Housing Act makes it unlawful for a housing manager or owner to fail to fulfill a duty to correct and end the harassment of one tenant by another, when that harassment is based on race, color, religion, sex, familial status, national origin or, as was the case here, disability.  The Fair Housing Act also makes it unlawful to interfere with any person’s right to enjoy their home.

“A person’s home should be where they feel the greatest level of comfort – not anguish and fear because of being subjected to humiliating and degrading comments,” said Gustavo Velasquez, HUD Assistant Secretary for Fair Housing and Equal Opportunity. “Harassing a person because of their disability is not only disturbing, it is illegal.”

HUD charged Applewood of Cross Plains, LLC, William Ranguette and Candice Wood, collectively the owners and managers of Applewood Apartments, a 55-plus senior housing complex with 15 units in Cross Plains, Wisconsin, with the housing discrimination.

The case came to HUD’s attention when the mother filed a complaint alleging that she and her daughter were being subjected to constant harassment by some of their neighbors at Applewood Apartments. Specifically, the mother alleged that several of her neighbors repeatedly followed her and her daughter making offensive comments to them.  In one exchange, a neighbor allegedly told the woman and her daughter: “You don’t belong here…You belong in an institution.” In another encounter, a resident allegedly referred to the woman’s daughter as “mentally retarded”  telling her,  “You shouldn’t be out of your apartment during the day.”

Local police warned the offending residents that citations might be forthcoming if more reports were made, but the harassment continued. The woman also reported the harassment to apartment managers but rather than addressing the behavior, one manager began pressuring the woman to move, stating that he did not believe the woman’s daughter was capable of living independently and that the two of them were causing too much trouble.

The woman and her daughter moved out of their apartment after they were served notice that their lease would not be renewed.

A United States Administrative Law Judge will hear the charges unless any party to the charge elects to have the case heard in federal district court.

Persons who believe they have experienced discrimination may file a complaint by contacting HUD’s Office of Fair Housing and Equal Opportunity at (800) 669-9777 (voice) or (800) 927-9275 (TTY). Housing discrimination complaints may also be filed at www.hud.gov/fairhousing or by downloading HUD’s free housing discrimination mobile application, which can be accessed through Apple and Android devices. 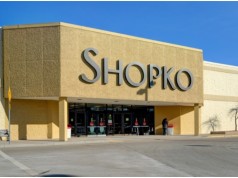 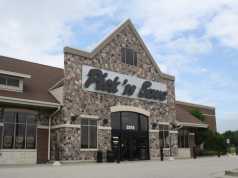 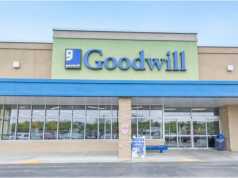 OFF-MARKET PROPERTIES: PREVIEWING, INSPECTING AND MAKING AN OFFER BEFORE OTHER BUYERS

What do I need for an FHA LOAN?