WASHINGTON, D.C. – January 29, 2013 – (RealEstateRama) — As America emerges from one of the worst housing crises, John C. Weicher, former assistant secretary for housing at the Department of Housing and Urban Development (HUD), analyzes the results of past and current federal low-income housing programs. He finds that federal housing efforts are still flawed, despite an American housing policy that has been in place since the New Deal and six major housing assistance programs spanning the course of 75 years.

In Housing Policy at a Crossroads (AEI Press, 2013), Weicher examines detailed data from HUD as well as from a large body of independent research, and makes an evidence-based argument that housing vouchers best serve those who most need assistance. More specifically, Weicher uses four key measures to establish his data-driven case for housing vouchers:

Neighborhood Quality: Recipients of housing vouchers can also choose their neighborhoods. As a result, they are more satisfied than the residents who live in public housing. In general, low-income households that receive voucher assistance live in better neighborhoods than those that do not.

Program Cost: Housing vouchers assist households at a substantially lower cost than either public housing or privately owned, subsidized projects. Total per-unit cost of the federal Housing Choice Voucher Program is less than 50 percent of the per-unit cost of public housing, and over 30 percent less than the cost of HUD’s “project-based” Section 8 program that allows the government to subsidize low-income residents by paying private landlords on behalf of low-income renters.

Program Efficiency: The efficiency of a government program is measured by what percentage of the money spent actually reaches the target group. Voucher programs are substantially more efficient because administrative and indirect costs for housing voucher programs for low-income residents are much lower than those of public housing.

Housing Policy at a Crossroads is a history of US housing policy, a guide to the issues confronting policymakers, and a compelling, data-driven argument for the merits of housing vouchers. Weicher makes a strong case against bringing back costly and dated housing-production programs.

John C. Weicher is a leading expert in housing policy. He has served in senior policy positions at HUD (including as federal housing commissioner) during four presidential administrations dating back to 1973. Today, he directs the Hudson Institute’s Center for Housing and Financial Markets. He is the author of more than a dozen books and numerous popular and scholarly articles on federal housing programs. 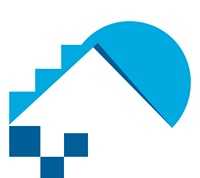 - Revive -
An exclusive network connecting the best real estate agents with one of the most innovative companies in real estate, Revive Edge, is debuting from Revive, the complete presale home renovation solution.

- RealEstateRama -
As the nation struggles to dismantle the institutional racism that has undermined wealth generation in Black families, the National Association of Real Estate Brokers (NAREB) today released its 2022 State of Housing in Black America (SHIBA) Report. It provides a comprehensive analysis of Black homeownership and the historic barriers Blacks face when seeking to purchase a home and gaining wealth.