WASHINGTON, DC – February 23, 2012 – (RealEstateRama) — Mayor Vincent C. Gray today announced the re- formation and leadership of a task force that will help him shape a comprehensive housing strategy for the District of Columbia.

“The goal of the Comprehensive Housing Strategy Task Force is to help city leaders ensure the creation of more affordable housing for residents of the District of Columbia,” said Mayor Gray. “While I believe that every DC resident deserves a decent, safe and affordable place to live, I also know this goal can prove challenging to reach in dense, fast-growing cities like ours. The work of this Task Force will help us make these efforts more achievable for all of our residents.”

Harry Sewell is Executive Director of the DC Housing Finance Agency (DCHFA) and he has more than 30 years of public- and private-sector housing experience. Mr. Sewell has served as Executive Director of the Housing Authority of the City of Annapolis and as Assistant Secretary for the Maryland Department of Housing and Community Development, where he ran the state’s Housing Finance Agency and increased production in its single-family and multifamily programs. He has a B.A. in labor-management relations from Pennsylvania State University.

Deborah Ratner Salzberg serves as a member of the board of directors for Forest City Enterprises and is president of Forest City Washington. She has worked extensively in project development – including project zoning, financing and construction. Prior to joining Forest City, she was a trial attorney in the Civil Division of the U.S. Department of Justice. Ms. Ratner Salzberg holds a bachelor’s degree from George Washington University and a J.D. from the University of San Francisco. She is a member of the California Bar.

The Task Force will be made up of working groups that will explore the following issues as they relate to the problem of affordable housing in the District:

• Funding
• Regulatory Environment
• Collaboration Among Housing Developers, Service Providers, Job Training Programs and Educational Institutions
• Roles and Functions of DC Housing Agencies
• New Tools for Housing Development
The Task Force will soon hold its inaugural meeting and then will convene working-group meetings over the course of the next few months. The panel will hold public engagement meetings to solicit feedback from residents and stakeholders on creating a District-wide housing strategy. Building on the feedback they receive, the panel will issue a draft report this summer and a final report in the fall. 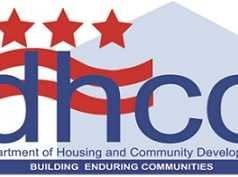