Washington, D.C. – (RealEstateRama) — The Financial Services Subcommittee on Housing and Insurance held a hearing on Thursday entitled “The Future of Housing in America: A Comparison of the United Kingdom and United States Models for Affordable Housing.” This hearing is part of a series undertaken by the subcommittee to assess affordable and rental housing programs 50 years after the creation of the U.S. Department of Housing and Urban Development.

“Today, we will look outward, beyond our borders, to examine innovative methods and programs that aim to help more people and attract greater private and nonprofit sector participation… It’s my hope that today’s assessment of an alternative housing model will serve as a means of self-reflection on how our own nation can approach affordable housing and, more importantly, how the United States can do it better,” said Subcommittee Chairman Luetkemeyer (R-MO) in his opening statement.

Key Takeaways from the Hearing:

“The lessons of the growth of British housing associations due to Large Scale Voluntary Transfer as well as portfolio flexibility and financing should be used to expand the role of social enterprises in the U.S. so that innovative, effective solutions to housing challenges facing society’s most vulnerable people and communities are scaled up.” – Thomas Bledsoe, President and Chief Executive Officer, Housing Partnership Network

“The current public housing system, including HUD itself, rationalizes structure and process over social outcomes, a particularly poor set of choices in the face of the budget numbers that are provided for our programs.” – Gregory P. Russ, Executive Director, Cambridge Housing Authority

“Since 1988, housing associations have been very successful in raising private finance to support social aims. By 2012, housing associations secured more in private financing to cover operations … than government grant …for the first time, marking a dramatic shift in the support for social housing.” – Harris Beider, Professor in Community Cohesion, Coventry University, England, UK 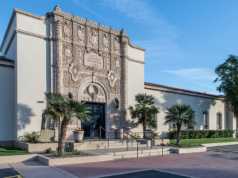