WASHINGTON –- (RealEstateRama) — As President Trump prepares to promote his plans to privatize much of our nation’s infrastructure, Food & Water Watch is urging Congress to approve only plans that would keep these critical systems publicly controlled. Private financing and operation of infrastructure, particularly water, has been shown to be more expensive and less reliable than when these systems are controlled by public entities. According to research from Food & Water Watch, privately owned water systems charge 59 percent more than publicly owned systems. “Privatizing our nation’s infrastructure is akin to a fire sale,” said Food & Water Watch Executive Director Wenonah Hauter. “Americans lose when control of critical assets like our water and roads is given over to Big Banks and corporations. Rates increase, while quality decreases and jobs are lost. What we need is a massive federal reinvestment in our nation’s infrastructure, particularly our water.”

Poisoned water and rising service bills reflect our federal government’s dwindling support for water infrastructure, which has declined by 82 percent per capita since 1977. According to one recent study, water service may soon be unaffordable for 35 percent of Americans. Privatizing our water systems is likely to exacerbate current water challenges, making service less affordable and reliable, while slashing jobs.

Rural communities face their own set of drinking and wastewater challenges. Rural water systems have high per-capita costs and rely on direct federal support, while many rural households can’t afford to maintain their personal household wells and septic systems, which when failing, can contaminate drinking water supplies.

“Rural Americans, many of whom voted Trump into office, will continue to suffer with inadequate water service if the Trump plan moves forward. Trump’s focus on private financing for infrastructure fails to adequately address the unique needs of rural communities, ultimately leaving them high and dry,” said Hauter.

Food & Water Watch urges Congress to oppose Trump’s privatization vision. Instead, the Congressional Progressive Caucus’s infrastructure resolution provides the right vision for a comprehensive overhauling our nation’s critical infrastructure systems. For the future and safety of our water, Congress must pass the WATER Act, introduced Rep. John Conyers (D-Mich.), to create a reliable, sustainable well of $35 billion a year in public funding for community drinking water and sewer systems while creating up to nearly a million new jobs.

Food & Water Watch is a nonprofit consumer organization that works to ensure clean water and safe food. We challenge the corporate control and abuse of our food and water resources by empowering people to take action and by transforming the public consciousness about what we eat and drink. 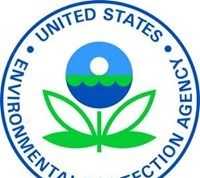