“It’s a time of transformation in St. Paul, as our city claims its place as a lively, engaging urban hub,” said Jai Winston, Knight Foundation director in St. Paul. “Downtown St. Paul is at the core of this change. Building on palpable local momentum, these investments aim to inspire new energy and interest in downtown and beyond, making the city a more attractive place to live, work, play and stay.”

In addition, Knight investments in St. Paul’s larger arts scene will boost the city as a creative destination and elevate the voices of an unsung community. The arts investments are:

“There is little else that can inspire human connection and community attachment like the arts,”  said Victoria Rogers, Knight Foundation vice president for arts. “These initiatives create meaningful avenues for St. Paul residents and visitors to experience the full breadth of the city’s culture and creativity.”

These commitments build on Knight’s $1 million investment in Springboard for the Arts, announced earlier this year, helping the organization establish a new location on the Green Line to create a local hub for artists and residents and develop new, innovative ways to engage people in the arts.

“St. Paul’s history is Knight’s history,” said Alberto Ibargüen, Knight Foundation president. “The Pioneer Press, which has been an independent voice since 1927, was for years a key part of the Knight-Ridder newspaper group. When the Green Line was built, we were among those who assured it served center-city neighborhoods. And now we’re honored to help the art museum find a permanent downtown home.”

Support for these projects is part of Knight Foundation’s efforts to foster more informed and engaged communities, as essential to a healthy democracy. Since 2000, Knight Foundation has invested more than $40 million in St. Paul.

About the John S. and James L. Knight Foundation

Knight Foundation is a national foundation with strong local roots. We invest in journalism, in the arts, and in the success of cities where brothers John S. and James L. Knight once published newspapers. Our goal is to foster informed and engaged communities, which we believe are essential for a healthy democracy. For more, visit kf.org. 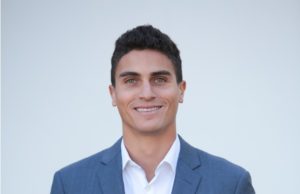